This is the first one, so it's quite tame. The aim of this blog is for me to rant and vent a bit, in the hopes of avoiding having a massive heart attack due to getting all aeriated about something which is probably almost certainly trivial. It doesn't have to be me though, guest posts are welcome, so if anything has pissed you off massively and you want to get it off your chest, drop me a line at editor@heino.us. Unless it's something about this post, in which case feel free to comment at the bottom of the page. Positive comments are also welcome, but not really expected.

I did consider making the subtitle of this blog be "sounds a bit like anus". If, by some chance, you're thinking something along the lines of, "but it already is!" then it would seem that I did, but as of writing this I haven't and it's still "(Weekly rants - every Sunday)". So without further ado, here's today's introductory moan.

Two days ago, I don't think I'd ever been to an IKEA store (unless it was so harrowing I've somehow erased it from my memory). With a bit of luck, I'll never go again.

Yesterday I went to IKEA in Wembley and after five hours in the place I literally felt suicidal, which is quite alarming (especially since I'm using the word literally quite correctly) and probably makes me sound like some kind of hyperbolic prick, but I can only report the facts as I see them. I even contemplated climbing up the warehouse racking in the self-serve area and leaping to my doom. Fortunately one of my tiny children was seated in my trolley and, sensing my anguish, he tried to distract me by crying until I picked him up which did the trick and brought me back to my senses.

A major part of the problem was that I was hangry. You know that's a real thing, don't you, as well as being a real word (that's a link to the OED definition)? Here's a scientific paper about it.

Anyway, my long-suffering wife, my three small children and I had all spent far too long in IKEA and everybody was getting a bit fractious, but mostly it was me being a dick. If I ever have the misfortune to go there again, I'm going to take some food with me. And maybe a ball of twine, so I can find my way out. At one point the kids were playing and I tried to nip off for ten minutes to look for something. Five minutes in I had to turn round, but then I kept getting more and more lost. The place is like a Las Vegas casino; it's fucking massive, all labyrinthine and devoid of distinguishing features (and clocks). I ended up looking at the ceiling to find my way back.

Incidentally, if you think that there's enough information there to identify us then I can promise you I haven't narrowed it down much. I heard countless blokes muttering, "For fuck's sake!" under their breath (or is it breaths?) when their partners were sending them all over the place or bollocking them for no apparent reason. And there were lots of crying children, too.

And to make matters worse, having resolved to eat fairly sensibly this year, we ended up eating lunch as soon as we got there (inside IKEA - I think everything is disgusting except the meatballs which are really quite nice) and then we went to fucking McDonald's on the way home. And the kids fell asleep in the car and were carried straight to bed when we got home. FFS!

Interestingly, the Happy Meals came with Charlie Brown toys and I realised that, "Good grief!" is merely the 1940s/50s equivalent of, "For fuck's sake!".

However... having said all that, we got some great bargains and when I tried to build the stuff today it was actually easy. Okay, when my three year-old was helping and wanted to do the screws up by turning them the wrong way it got a bit tricky due to his truculence ("no, I'm going to turn them THIS way!"), but the point is this: I am completely shit at any form of DIY and always get in a massive rat when I'm trying to do it and, whilst this was no different, it was actually a piece of piss to assemble the stuff and it seems to be pretty good quality.

So, I hope never to go to IKEA, ever again. But I'm probably going to buy loads more stuff there, cos it seems to be pretty good. I'll just pay whatever it takes to make the stuff appear at my house without me having to go in the bloody shop. 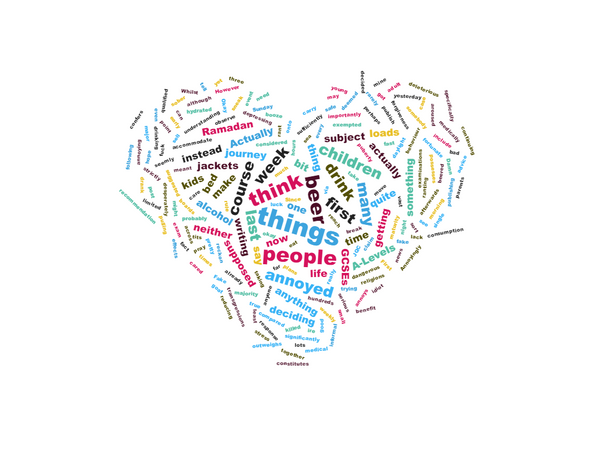 Annoyingly, I've had a pretty good week, so not many things have aroused my ire (other than the lack of things annoying me, of course). Damn me for pulling myself